The ICGP has published a new document addressing the practical use of direct oral anticoagulants (DOACs) in atrial fibrillation in general practice. 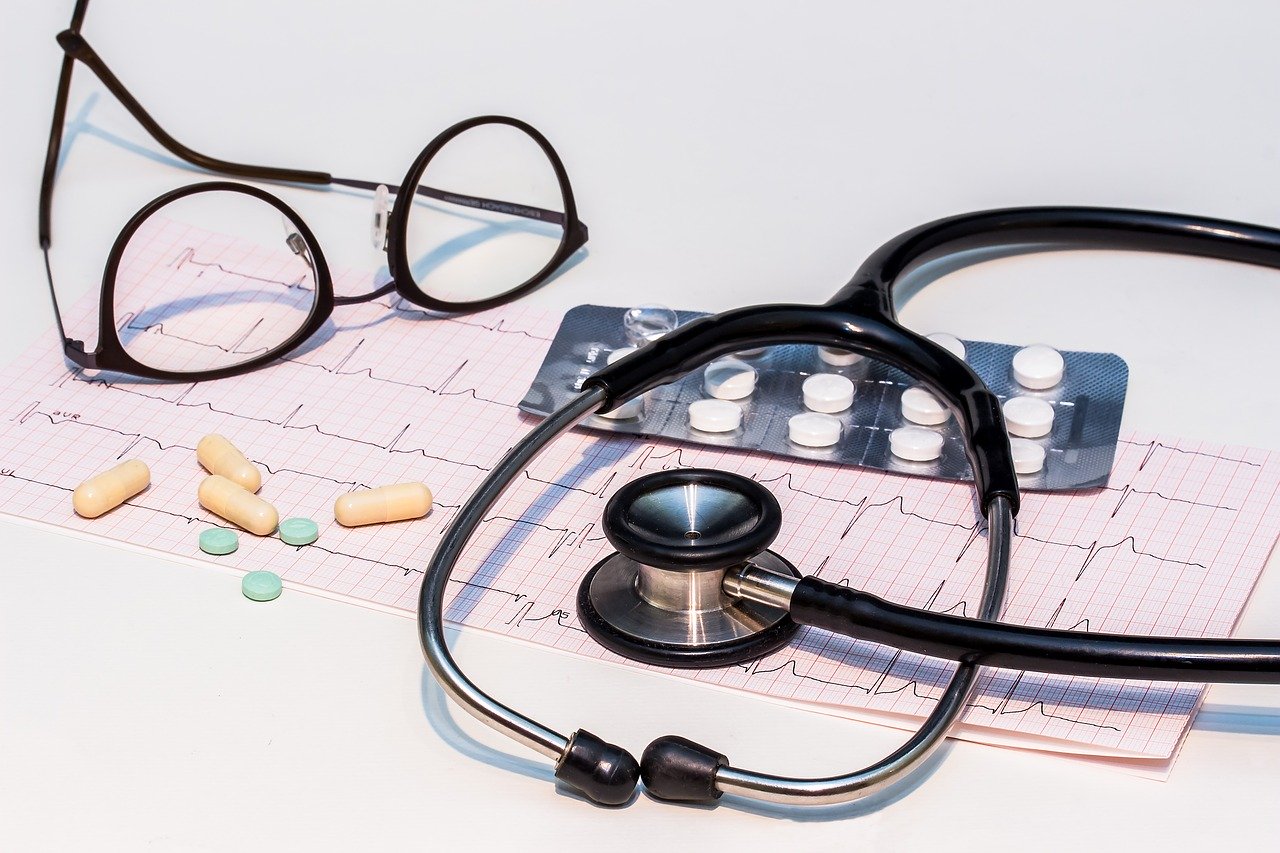 As reported by Priscilla Lynch from the Medical Independent the ICGP has published (February 2020) a new document addressing the practical use of direct oral anticoagulants (DOACs) in atrial fibrillation in general practice.

Atrial fibrillation (AF) is the most common cardiac arrhythmia worldwide, occurring in approximately 1-to-2 per cent of the general population, and estimates suggest that as many as 40,000 people in Ireland are affected, including 6 per cent of those over 65 years of age. Atrial fibrillation (AF) is a disease of increasing age and it is estimated that 4-to-7 per cent of those aged 65-to-74 years have the condition, rising to 14-to-19 per cent in those aged over 85 years. AF is associated with a five-fold increase in the risk of a cerebrovascular event (stroke) and approximately 30 percent of strokes in Ireland are associated with AF.

Direct oral anticoagulants (DOACs) are indicated for a number of thromboembolic conditions, including stroke prevention in non-valvular atrial fibrillation (NVAF) and the prevention and treatment of venous thromboembolism (VTE).

DOACs have also moved from a predominantly hospital-initiated medicine by consultants to also being commonly initiated by GPs.

In February, the ICGP published a quick reference guide on the practical use of DOACs in AF in general practice. It was produced by the College’s Quality and Safety in Practice Committee and written by Dr Joe Gallagher and Dr Ciarán Brady.

The guide is essentially a summary of the 2018 European Heart Rhythm Association (EHRA) practical guide on the use of non-vitamin K antagonist oral anticoagulants in patients with AF. The use of DOACs in other situations such as treatment of DVT/PE or thromboprophylaxis following joint arthroplasty may have different implications for the use of DOACs and the data in the guide should not necessarily be extrapolated to these other indications, the authors note.

Practical start up and follow up for patients on DOACs

According to the ICGP guide, before prescribing a DOAC it is important to consider:

Type and dose of anticoagulation.

Whether a proton pump inhibitor is needed.

A card that can be carried by patients is available at www.DOACforAF.eu. It should be noted that a DOAC is now preferred over warfarin (unless contraindicated) for stroke prevention in AF by both European and American guidelines, the guide notes.

DOACs are contraindicated in valvular AF. In this context, valvular AF refers to patients with mechanical valves or moderate-to-severe mitral stenosis. Therefore, patients do not need to await an echocardiogram prior to commencing a DOAC unless a mechanical valve or moderate-to-severe mitral stenosis is present, according to the guide. Apixaban is considered the DOAC of choice by the HSE Medicines Management Programme. There is no longer a requirement to make an online application for reimbursement of apixaban, the ICGP points out. There is still a requirement to apply for reimbursement of all other DOACs (dabigatran, edoxaban and rivaroxaban) via the online application system.

All four DOACs available in Ireland are contraindicated in patients with hepatic disease associated with coagulopathy and clinically relevant bleeding risk, the ICGP guide notes. Rivaroxaban needs to be taken with food (the area under the curve (AUC) plasma concentration increase by 39 per cent to a very high bioavailability of almost 100 per cent), while there is no food interaction with the other DOACs. Data have shown that administration in crushed form, ie, via a nasogastric tube, does not alter the bioavailability for apixaban, rivaroxaban and edoxaban. In contrast, dabigatran capsules must not be opened because opening results in a substantial increase in drug bioavailability (75 per cent increase in bioavailability) and hence cannot be used in blister packs.

In general, DOAC use is not recommended in combination with drugs that are strong inhibitors of both CYP3A4 and P-gp such as azole-antimycotics (ie, ketoconazole, itraconazole, posaconazole, voriconazole) and HIV protease inhibitors (ie, ritonavir). Conversely, strong inducers of P-gp and/or CYP3A4 (such as carbamazepine, phenytoin, phenobarbitone, rifampicin, St John’s Wort) will markedly reduce DOAC plasma levels, according to the guide.

What to check at follow-up:

Check for thromboembolic and bleeding events.

Decide if blood tests are required.

It is important to safeguard the continuation of anticoagulant therapy while minimising the risk of bleeding when switching regimens, the guide stresses.

Because of the slow onset of action of warfarin (half-life 36-to-48 hours), it may take five-to-10 days before the INR is in the therapeutic range, with large individual variations. Therefore, the DOAC and warfarin should be administered concomitantly until the INR is in range. A loading dose is not recommended. As DOACs may have an impact on INR measurements, it is important that the INR (i) is measured just before the next intake of the DOAC during concomitant administration, and (ii) is re-measured early after stopping the DOAC (ie, reflecting solely vitamin K agonist (VKA) therapy to assure adequate anticoagulation). It is also recommended to closely monitor INRs within the first month of warfarin treatment until stable values have been attained (ie, three consecutive measurements yielded values between 2.0 and 3.0).

For those procedures being carried out by another clinician, the decision to continue or stop the anticoagulant and duration of stopping is a matter for the specialist to decide with reference to hospital and international guidelines.

The ICGP guide seeks to provide information on procedures commonly encountered in the community that may require GP advice, ie, skin surgery.

Procedures with minor bleeding risk are defined by the ERHA as:

Endoscopy without biopsy of resection.

Further details on higher-risk procedures and timing of stopping in those with chronic kidney disease are available in ERHA guidelines but these are a matter for the team performing these procedures, says the ICGP guide, which also gives advice on dosing issues.

Use of antiplatelet drugs with DOACs

The use of antiplatelet drugs in combination with DOACs is a matter for the treating specialist and, in general, patients on an indication for antiplatelet therapy requiring simultaneous DOAC treatment should be reviewed by the relevant specialist, the guide says. Combination antithrombotic therapy increases the risk of fatal and non-fatal bleeding. In a Danish registry of patients with AF (n=82,854; mean follow-up over three years), the annual incidence of bleeding was less than 4 per cent for aspirin or warfarin monotherapy, but rose to 15.7 per cent for triple-therapy comprising aspirin, clopidogrel and warfarin. The gastrointestinal tract is the most common site for bleeding, followed by upper airways. However, it is recognised that in some cases, GPs may have a patient who has been on an antiplatelet for many years and now requires a DOAC for AF. The challenge is to weigh the risks and benefits of continuing with antiplatelet therapy over stopping due to increased bleeding risk, the guide notes. Current guidelines state that anticoagulation only without additional antiplatelet agents is considered sufficient for most AF patients with stable coronary artery disease (that is more than one year post an event or percutaneous coronary intervention). It is particularly important to determine the reason for antiplatelet therapy because it is not indicated for primary prevention, ie, in diabetes or hypertension, without evidence of atherosclerotic disease. Some patients at high risk of ischaemic events may be considered for dual therapy with an antiplatelet and DOAC, according to the guide.

It is noted by the guide that a recent study has shown better cardiovascular outcomes but more major bleeding events when using a combination of aspirin 100mg OD and low-dose rivaroxaban (2.5mg BD) in patients with atherosclerosis not on anticoagulation (ie, in sinus rhythm). However, these data cannot be extrapolated to full-dose anticoagulation, the ICGP guide states.

For mild bleeding, GPs should determine last DOAC intake and if any possibility of double-dosing, delay or discontinue the next dose and consider any medications that may be contributing to bleeding, ie, non-steroidal anti-inflammatory drugs (NSAIDs) or antiplatelet agents, according to the guide. Also consider if worsening renal function may be contributing to bleeding tendency due to increased plasma drug concentrations. For all other bleeding, refer to hospital for assessment. In case of recurrent minor bleeding events without causal therapeutic options (ie, cautery in epistaxis), an alternative DOAC with a potentially different bleeding profile could be considered, the guide advises. Patients with anaemia on a DOAC still require investigation for a possible cause of anaemia.

There is no role for reversal agents in general practice, according to the ICGP guide. There are now specific reversal agents for DOACs which may be used in hospital for severe life-threatening bleeding only. Idarucizumab is a humanised anti-dabigatran monoclonal antibody fragment that can be used for emergency reversal of the anticoagulant effect of dabigatran. Factor Xa inhibitors include apixaban, edoxaban and rivaroxaban. Andexanet alfa is a recombinant protein that acts as a decoy for the direct oral fXa inhibitors. Evidence is limited for these agents at present.

Please click on the link below to view the document:
Practical use of Direct Oral Anticoagulants (DOACS) in Atrial Fibrillation in General Practice

Tags: AFibAtrial Fibrillationdirect oral anticoagulantsGeneral Practiceprimary care
Previous
Murray Woods Group acquires Hibernia Medical
Next
Fighting Covid-19
X Close
We use cookies to ensure that we give you the best experience on our website. If you continue to use this site we will assume that you are happy with it.OkRead More